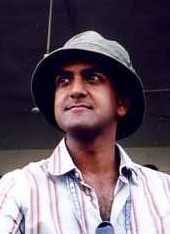 Tawhid Qureshi writes about his travels in Bangladesh with and to watch the England Cricket Team:

"As the England team head towards Columbo with the hope of another series victory on the Subcontinent, I recently had the pleasure of following their progress in Bangladesh. I was there to watch the three one-dayers that took place after the Test Series and it truly was a memorable experience. As I prepared to fly out from Dhaka to Chittagong for the first game, I was immediately taken aback at the sight of the entire England squad casually milling around in the departure lounge.

I naturally introduced myself to a few of them, as I knew the quick bowlers in particular were struggling on the flat pitches and therefore desperately needed advice on how to vary their bowling. I was only too glad to pass on my experience of how to effortlessly bowl six completely different deliveries in an over. Messrs Flintoff, Anderson and Johnson were all obviously impressed! 
Anderson went on to express his worries of being labeled "injury prone", and was amazed to hear how I had successfully managed to avoid any stress fractures. I was able to put this down to my measured 5 step run up and encouraged him to follow suit, whilst reassuring him that most of my wickets were achieved through a deceptive lack of pace.

I also managed to grab a word with Michael Vaughan and urged him to forget about the team and concentrate on his own batting. I explained that although I had no experience of captaincy, playing with the Dodgers had taught me not to trust fellow players as like myself most of them ignore instructions anyway! 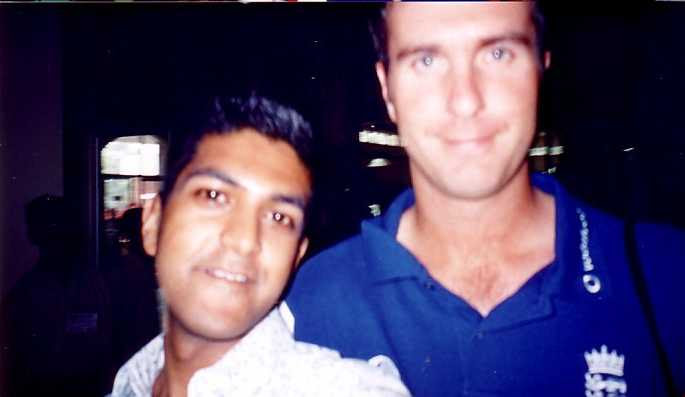 
The flight itself was a quiet affair, I expect because most of the players were passing on and digesting my views on the game. Each of the three games produced exactly the same 7 wicket victory margin for England, although the local crowd still seemed to have plenty to shout about. The atmosphere at the grounds was excellent and only back in Dhaka for the second day/night game, did things threaten to turn slightly ugly. As Flintoff was treating the crowd to pyrotechnics in the middle (no doubt still buoyed by our conversation a few days earlier), the crowd decided to light their own fires in the stands! Unsurprisingly with England still needing 30 odd to win from plenty of overs I decided to make a sharp exit. Indeed the vitriol shown at the end of each game towards the home team and especially the captain, certainly made the withering glances I’d received in the field for all those dropped catches earlier in the year seem inconsequential!

All in all it was a fantastic few days sampling cricket in a small corner of a foreign land, and has whetted my appetite for more cricket watching overseas."