Posted by cerysmatic on July 17, 2009
11am
Chiswick
Dry and sunny then very wet

Codgers (Matthews, Taylor, Lee PS, Radcliffe, Dollin and Keeka) reached the semi-final before being beaten by Superstars but had two very good wins in the qualifying group. Dodgers' (Priest, Hilary, Fox, Cooper J, Paterson, Cousins) qualifying group was reduced to a sudden-death knockout after one of the teams failed to show up. Dodgers' semi-final against Souperstars was tight until the last over.

The Final between Dodgers and Superstars was a tight affair but Dodgers did very well to restrict Superstars to only 61. The key wicket of Gundry came in the second over off Cooper, a top-edged skier which was well snaffled by Hilary on the short legside boundary.

Dodgers started the chase in tremendous fashion with Priest hitting Taylor for successive sixes. Unfortunately a communication breakdown led to Priest being run out the next ball. Fox in at 3 hit a few lusty blows before he too was run out in mysterious circumstances. Cooper hit Perry for successive fours before being clean bowled 3 balls later. With twenty-odd required off the last two overs it was down to Hilary and Paterson to do the business. Abigail bowled the penultimate over which included 3 wides (which at 4 runs a piece was quite significant). So it came down to Gundry bowling the final over with only 6 runs required. With an aggressive tight line he was hard to hit. However a slack ball was called wide (to great protests). Two balls later another, even wider, delivery was not called wide. A scrambled single off the last ball meant that it finished in a tie. With no provision in the rule book for such a thing, there was no further action and the result was indeed confirmed as a tie. 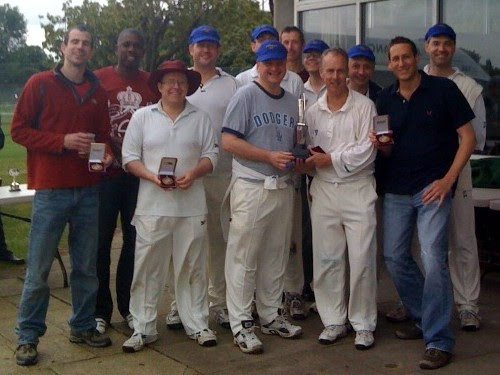 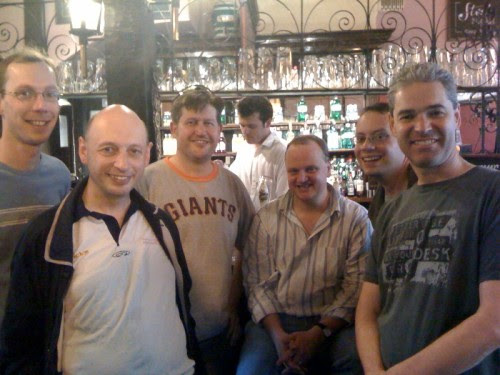