Posted by cerysmatic on August 08, 2017
Dodgers recorded a fourth win on the spin last week against National Archives in a pleasant game at Chiswick last Thursday. Archives had a tactical bat due to available numbers and due to a strong all round bowling performance we managed to restrict them to a measly 82 from their 20. Not exactly being well versed in low run chases we happily managed to pursue the total with relative ease and the loss of just a few wickets then retired to the bar for a beer or two afterwards. The game was otherwise notable for it being JC's first game of the season and it was excellent to have him along. 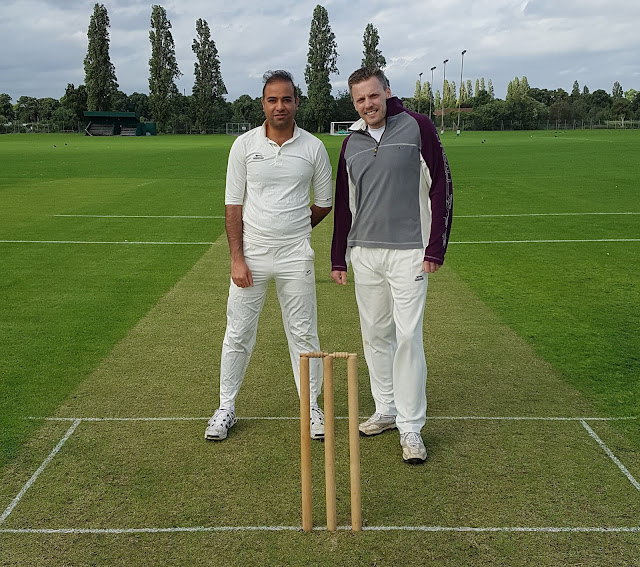