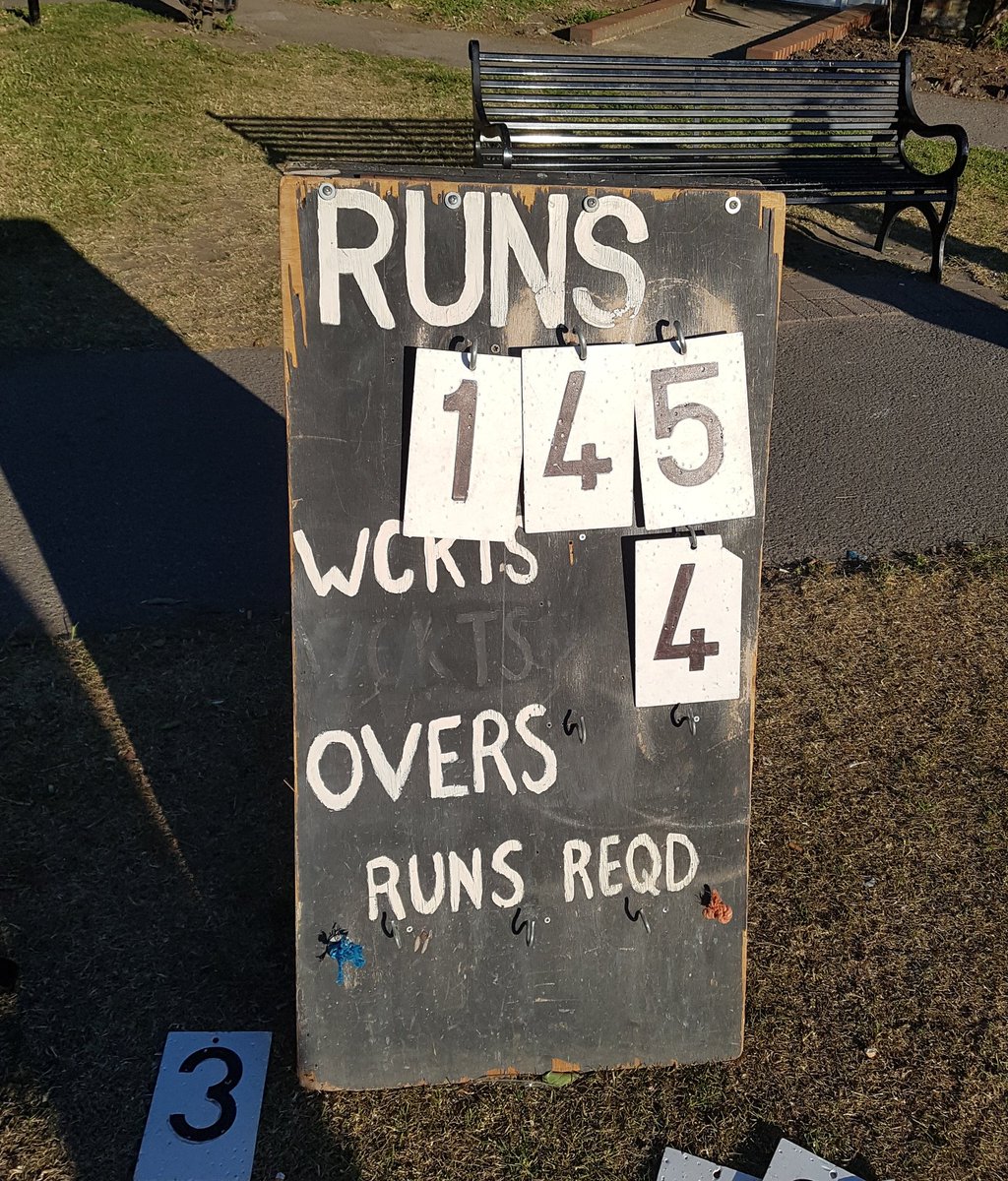 Excellent game last night against our closest Rivals Superstars in the second match of this year's Ken Block Trophy.

Heading into the game 1-0 down in this year's series and on the back of a few recent close losses, I managed to win the toss for the first time in ages and having fully inspected the pitch (not really), I decided to let us have a bat for a change despite my personal preference for chasing.

As an (sadly failed) experiment we put Noman into open with Komal, and the former was soon walking back, having missed a straight one. Komal however steadied the ship nicely and he and JT put on an excellent 50+ stand between them before Komal was then stumped coming down the wicket looking to push the rate for an excellent 38. Phil came to the crease but was also stumped early doors which meant Ayman came in to join JT. He did a cracking job of rotating the strike and hustling between the wickets before going for one run too many leading to him being run out for a quickfire 14. This brought Dodgers debutant Saj to the crease who came to us on the day via Noman, and his first shot straight down the ground for 4 off Vijay set the tone for a rapid 22 before Vijay exacted a small measure of revenge by bowling him for 22. Somewhere in the midst of all this JT selflessly ran himself out looking to get us to a higher total for 47, continuing his recent excellent form (thumbs up). We ended up with an excellent total of 145 for 6 which per JH's excellent live Tweeting on the night, we felt was an interesting total to defend.

Bilal and retuning Dodger of old David Lowe opened the bowling in contrasting styles. Bilal with his potentially controversial 2 on the leg side field, which he did however bowl to superbly, and David adopting the usual Dodgers mantle of express slow medium. Both however were excellent, David taking he crucial wicket of Vijay in his 3rd over and Bilal bowling some cracking stuff leaving him very unlucky not to have taken more than his one wicket. Noman and Saj then took us though the middle overs keeping a heavy lid on the oppo’s run rate, with Saj in particular bowling some sharp skiddy stuff outside off keeping the batsmen very honest whilst also sending Superstars' no 3 back to the pavilion having taken a quick one to the gentleman's unmentionables... JH and I then popped in a couple of acceptable (if a little expensive) overs each which allowed Noman and Saj back to bowl the last 2 with 18 needed. They managed to do that comfortably and we won by 10 in the end.

Cracking day to play despite being the hottest day of the year, and the win sets up the final afternoon game later in the year to be an interesting decider.

My thanks to all those who played.