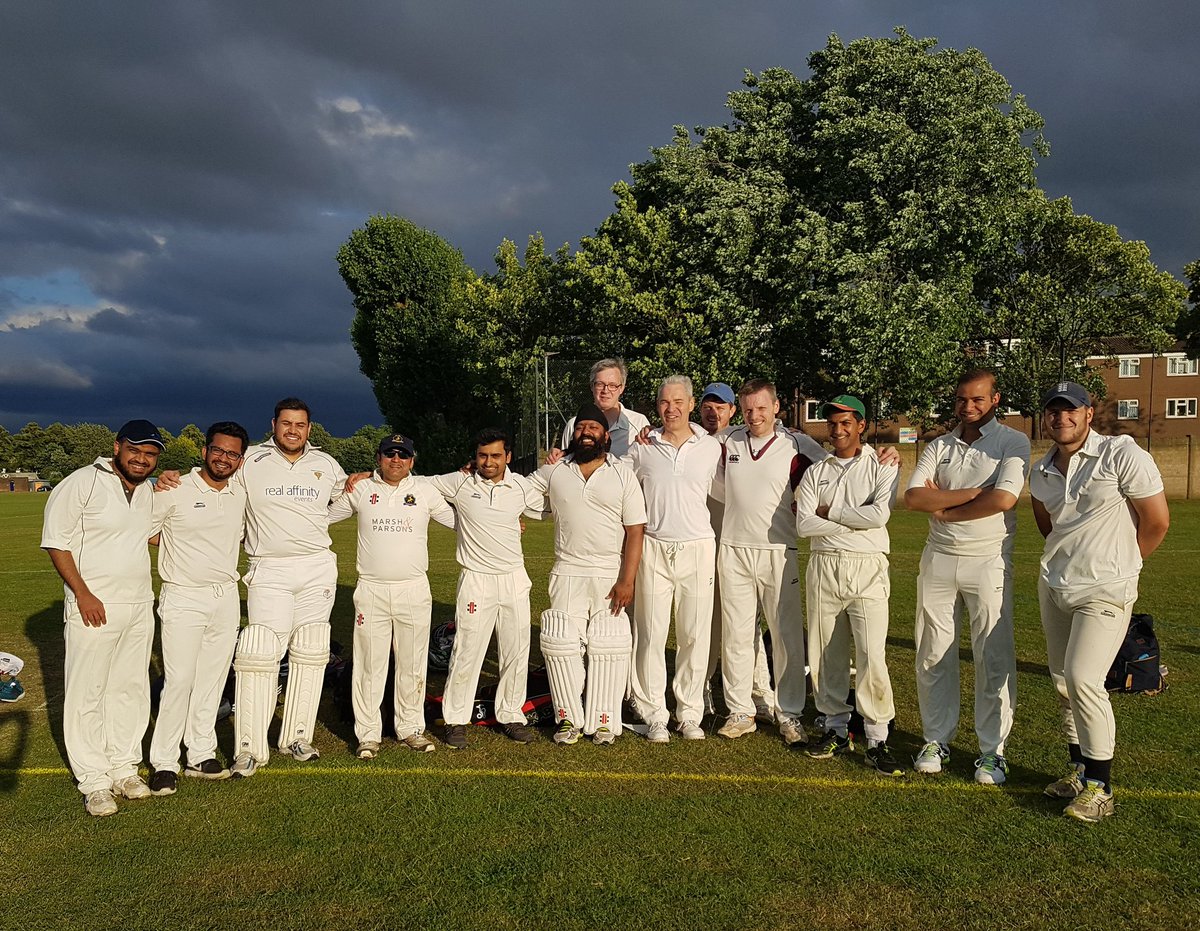 Dodgers lost by 26 runs chasing 141 to win having inserted the opposition and then seen their ringer opener retire in 5 or 6 balls having consistently launched sixes with almost every shot.

Dodgers attempted a decent chase but were never quite up with the rate and despite having wickets in hand we fell a little short. It was a lovely evening to play though once the rather ominous looking clouds disappeared post 6pm.

Very brief update re last night's game that was mainly notable for new recruit Tom taking a wicket with his first ever Dodgers ball, then another wicket in the same over.