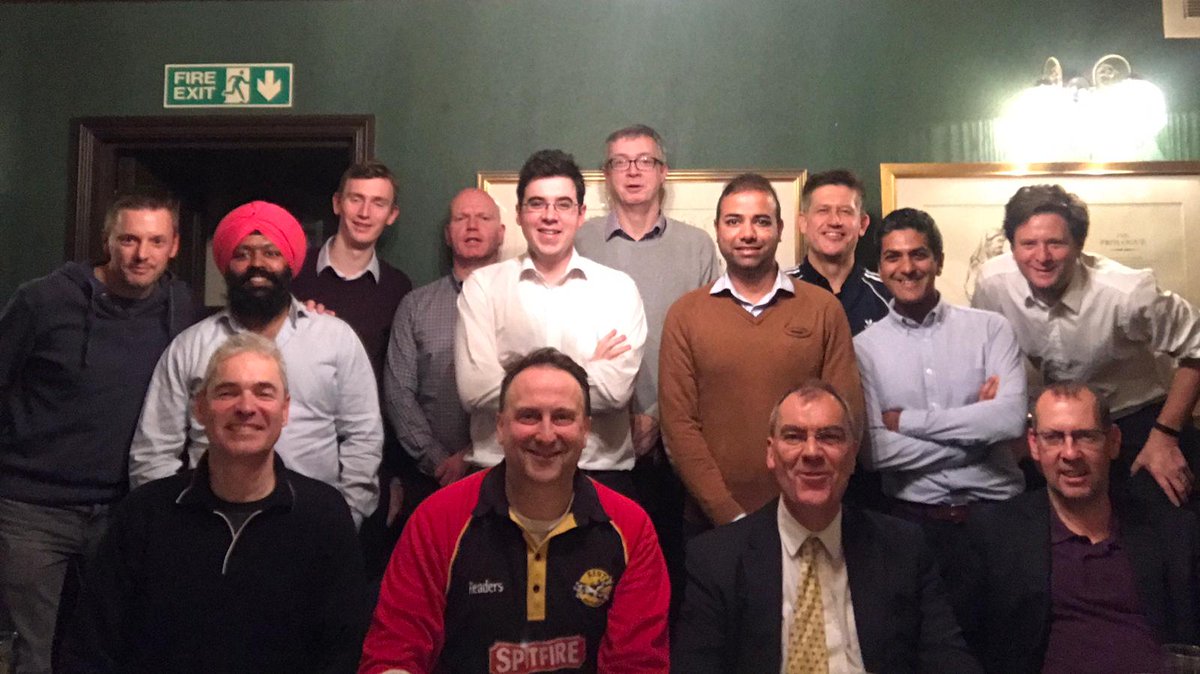 Chairman John Hilary presented the Dodgers Awards at the 2018 AGM and Social on Thursday 22 November 2018 at the Royal Oak, Tabard Street, Borough.

2018 Batsman of the season went to Mike Dollin with 325 runs at an average of 46 and a strike rate of 132. Congratulations Mike.

Best Bowler of 2018 was Noman with 10 wickets from 20 overs at an average of 8.4 and a strike rate of 12. Noman was unfortunately not able to attend but we'll get the trophy to him just as soon as NJ gives it back.

Special mention and Chairman and Captain's commendation to Bilal for his 17 wickets (including a 5-for) opening the bowling against the best opposition batsmen. And if I remember correctly a batting cameo in the extraordinary run chase at Putney.

Fielder of the Year goes to Charlie Smulian. Our fielding stats are somewhat incomplete unfortunately but this a deserved award for hard work and solid fielding alongside opening and sometimes closing the bowling.

Most Improved Player goes to Jatinder Mohan. After a decent 2017, JT scored big against the opening bowlers in 2018.

Newcomer of the Year goes to Komal. It was great to see so many new faces start regularly in 2018 and there was lots of competition for this award. Well done Komal!

The Player of the Season based on the grand total of individual MoM votes (and just generally as a decent cricketer and even more decent all-round chap) is Mike Dollin.

Final award of the night was the Kim & Jude Trophy for biggest contribution to the club. The 2018 winner is Ralph – Captain, Treasurer and match organiser. Next year Ralph we will take some of the burden off you. Thanks for your massive contribution.
2018 AGM_2018 Awards_2018 photos