Posted by jhilary on May 23, 2019
The first match of the 2019 Ken Block Trophy series got underway in glorious evening sunshine at the South Wimbledon home of Superstars. The Dodgers team was sadly depleted, with a couple of unavoidable absences at the last minute reducing us to eight men only. The auld foe came to our rescue by generously lending us a fielder, and put us in to bat when they had won the toss. Still, we had it all to do.

Tom B and Deputy Captain Mike opened the batting for Dodgers, and played cautiously from the start in view of our lack of players. Four an over was not going to be enough on a good pitch with fast outfield, however, and before long both openers were hitting out heartily. Tom sent a succession of gorgeous cover drives skidding to the boundary as he progressed towards his maiden Dodgers 50, ably supported by his captain with a crisp 26 of his own. Tawhid and Callum took over, laying in to the Superstars bowling and keeping the run rate high until the partnership was broken by one of Vijay's straight quick ones. A splendid off drive from Jatinder was spectacularly caught by Konrad, leaving Charlie to come in and hit out in cavalier fashion while Tawhid saw us through to the close with solid boundaries and quick running between the wickets. We completed our 20 overs with a commendable 141 for 4, but would it be enough?

The Dodgers attack was not all it could be, with Bilal nursing a swollen knee and John H having to send down four overs despite his crocked shoulder. Mike mixed up the bowling admirably, however, with Charlie, Callum and Jatinder switching in and out to befuddle the batsmen. Opening for Superstars, Conway and Meyler kept up with the required run rate in the first few overs, and the game was always in the balance. A key moment came when the ever dangerous Vijay skied a drive off Bilal to Callum, who juggled but caught it safely on the second attempt. From then on Dodgers gradually tightened the screw and the game was ours. Two wickets for Bilal helped him forget his bad knee, Mike caught a nice thin edge off Jatinder while John took one bowled and somehow managed to run another out. Special mention must also go to Tom in the deep, whose athleticism saved us almost as many runs as he had scored off the bat. A cracking team effort, commended by Captain Mike afterwards as 'one of the best all round Dodgers displays in my 13 years'. Bring on the return game! 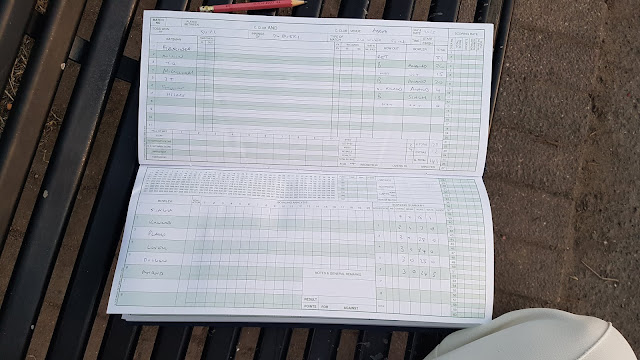 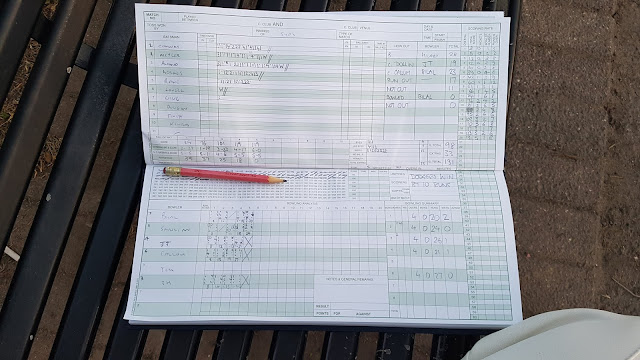