Posted by jhilary on August 01, 2019
Playing their first match in ten days, Dodgers lost the toss and were put in to bat - which is what we were going to do anyway, given that half our team were still making their way to the ground some time after 6pm. Mehboob notched up yet another highly creditable 25* while stand-in Captain Mike fell early, leaving Jatinder and Tawhid to take us onward. With just 45 runs on the board after our first 10 overs, things were looking a little tight - but some good running between the wickets and a couple of hefty blows from Jatinder's brother-in-law Shane, making a guest appearance from Trinidad along with his father, took us up to 117 off our 20. With an unpredictable wicket and long boundaries, this was by no means a bad total.

The Dodgers pace attack started with their customary economy as Bilal, Jack and Charlie combined to pin the Wanderers back to 31 off their first 8. A bad first over from John H loosened the shackles somewhat, but he and Tom regained control and we were still in command until the Wanderers' star all-rounder Diego strode out to the middle and started hitting at will. It was neck and neck to the end, but when Diego launched a massive 6 to the long-on boundary in the penultimate over our hopes were all but dashed. Despite ultra-tight bowling by Charlie in the last over, the oppo pinched the necessary single and scraped through with two balls to spare. An exciting finish for the neutrals, but a disappointing defeat for Dodgers given our ascendancy for most of the game. 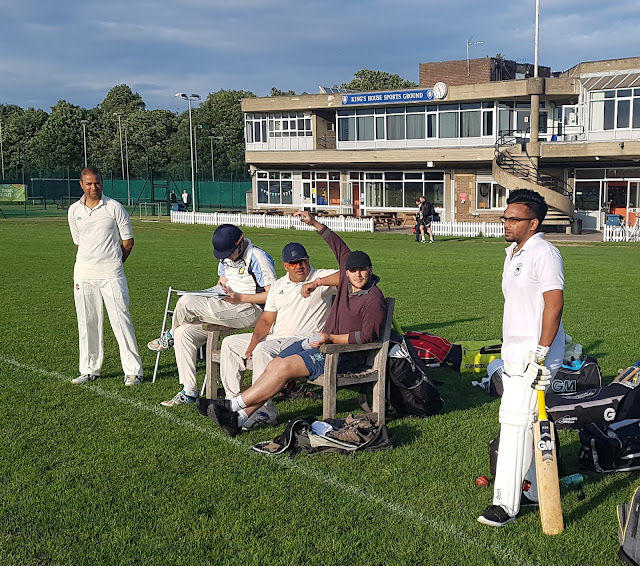