Posted by jhilary on August 05, 2019
A muggy afternoon in early August saw Dodgers back at the picture-perfect Roehampton CC ground on Putney Heath for a 35-over game. The London-Surrey bike race had closed several roads in the area, which meant we started a bit later than scheduled, but the match ended up a proper nail-biter.

Dodgers were without their usual pace attack and so opened instead with experience. John H and Gary each bowled tightly so that after their first 10 Roehampton were scoring at little more than 4 an over, despite the short boundaries and quick outfield. Crucially, the oppo had their own one-time Dodger at the crease: Sacha Hatteea, known to all as a first-rate batsman, who built a careful 50 before gradually opening up and converting it into a fine century. With Jim, Ralph, Tom and Jatinder taking over duties with the ball, wickets began to tumble but the run rate was also building. There was every chance of a really big score developing, but good fielding and tight bowling kept Roehampton down to 201 off their 35. Special mention must go to Jim for his three catches, including another sharp caught-and-bowled; to Tom for his diving slip catch; to Ralph for pouching a big hit from Sacha in the deep; and to Mike for his caught-behind to remove the other (equally dangerous) Roehampton opener.

After a very pleasant tea, Dodgers began their innings in the persons of Komal and Tawhid. The two faced a disciplined opening attack which nonetheless offered good scoring opportunities, and both put away the bad balls with efficiency. We were well up with the required run rate after our first 10, but the Roehampton change bowlers proved even tighter and gradually pinned us back. Tawhid was removed by a good 'un while Komal reached his 50 without incident, but before long he was stretched out on the ground with a nasty locked knee. Roehampton kindly agreed to overlook ICC regulations and allow us the use of a runner, so that Tawhid was called back into commission to act as his fellow opener's new legs. Komal was soon knocking the ball to all corners of the ground again, reaching his maiden century without offering a chance to the fielders, and deservedly claiming his place high up in the Dodgers hall of fame.

Roehampton perseverance was beginning to take its toll, however, and the required run rate was climbing higher. Worse still, we began to lose wickets with worrying frequency as more and more batsmen swung, scored and departed. The lower order all contributed, but the game was drifting away from us as we entered the final furlong. Captain Ralph's dismissal in the penultimate over raised pulses even higher, as we were now down to our very last wicket and requiring 11 off 7 to win. Once again, Dodgers fell back on experience as the opening bowlers Gary and John reunited at the crease for one last effort. With 10 needed off the final over, they ran a series of quick 2s so that the Dodgers total stood at 200 with one delivery remaining. A single would tie the game, anything more would win it, while anything less would result in a tragic defeat. In ran the bowler, the ball pitched short and John cracked it over the despairing fielder to the square leg boundary. Dodgers had won!

Man of the Match: Komal, for his majestic 114 off 83 balls (and for his video footage of the last ball winning shot - see below) 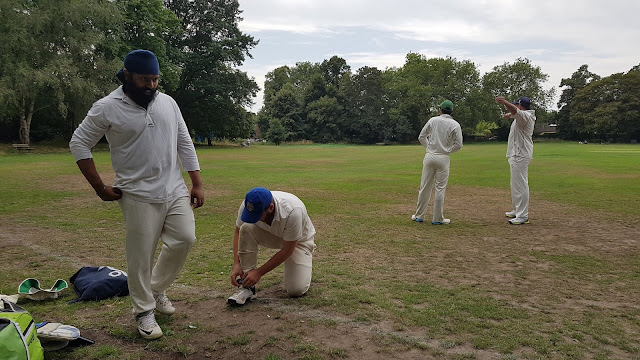 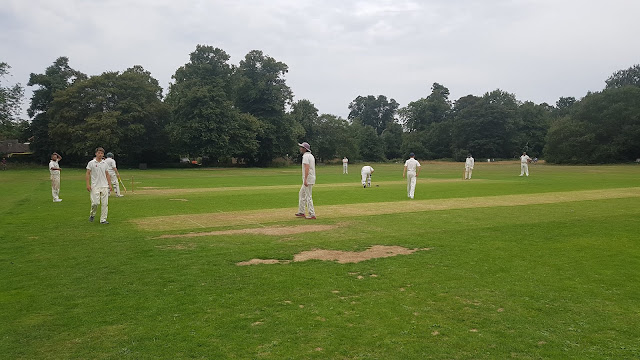 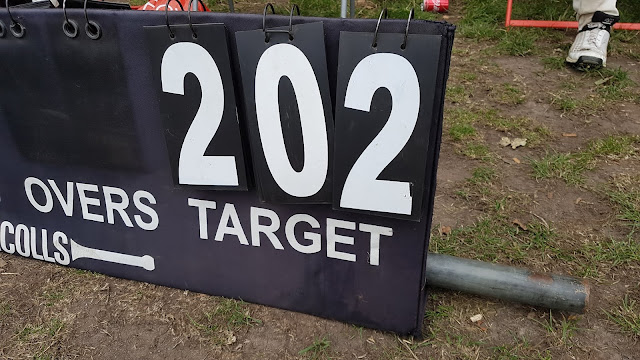