Posted by jhilary on November 22, 2019
Dodgers returned to the upstairs room of the Royal Oak in Tabard Street on 21 November for the 2019 AGM and Awards ceremony. Full minutes are included below, including grateful thanks to all those who made it such an enjoyable season. The awards can be announced as follows:

The bowling and batting awards are calculated according to averages, with a minimum qualifying threshold of 20 overs and 5 innings, respectively. The player of the season is an aggregate of all Man of the Match votes amassed during the season, while the best fielder is the result of a players' vote. The other three awards are at the discretion of the committee, and the Ken Block Trophy is of course our reward for beating Superstars in two out of three encounters over the season.

With apologies to those who had already left, here is the group photo from the end of the evening: 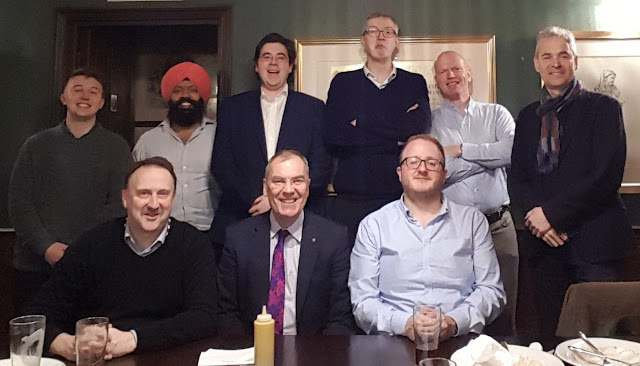