Posted by jhilary on July 16, 2020
The Dodgers 2020 season got off to a belated and socially distanced start on a cool, overcast evening in Chiswick against the auld foe, Superstars, whose evergreen captain Barry Gigg put us in to bat.
The Dodgers innings started slowly, with Mike and Komal finding it hard to score off some tight bowling from Alok et al. Matters did not improve when Mike fell for a duck, skying a ball to fine leg which would on many other days have gone to the boundary. After six overs the total had not reached double figures, but Tawhid and then Jatinder pushed on briskly after Komal retired with an excellent 27*, in the process bringing up his 500 career runs for Dodgers. Tawhid soon followed him back to the pavilion courtesy of a smart stumping by Barry. This brought the seasoned campaigner Phil to the crease, who belied his great age by flitting between the wickets like a teenager before allowing Tom W and Captain Ralph to take us to the close with some quick running of their own. We finished on a total of 99 off our 20 overs, which felt a touch light given the decent pitch.
And so it proved. Superstars began their innings with a will, but Dodgers openers Adam and David gradually pinned them back and brought us into the game once more. Our hopes were kept alive by some tight bowling by Tom and Noman, the latter taking three excellent wickets to claim deserved kudos as Man of the Match. This included the cracking stumping by Mike caught on film by square leg umpire Gary P, as below, thus making Vijay the only person in the history of Dodgers-Superstars matches to be confirmed out by video replay. Ralph took a stunning catch at mid-on, but there was no denying Superstars their well deserved victory, with a good few overs to spare. The Ken Block Trophy is on the line, and we need to win the return fixture to retain it safely for another year.
Man of the Match votes: Noman 7, Komal 3, Lowe 1 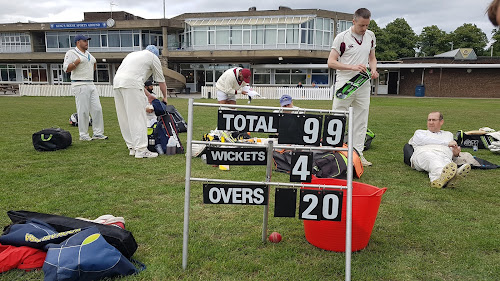 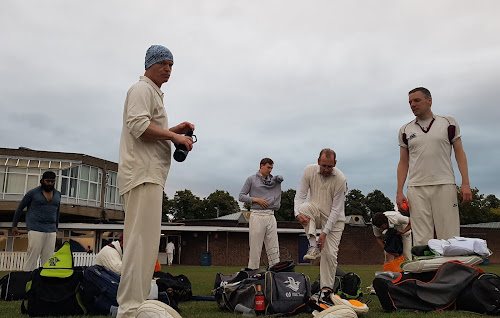 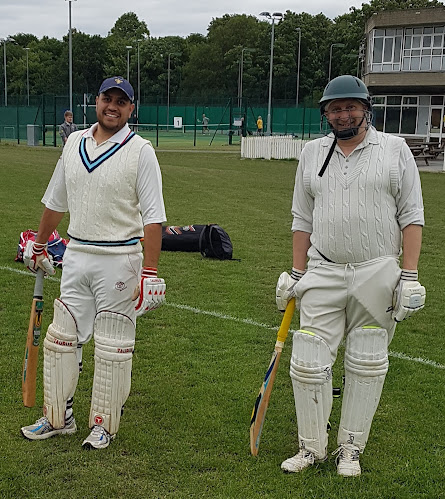