The Dodgers faithful trooped up to Regent's Park to meet with the Carib Beer XI - although actually each team had brought just ten players to the game. With heavy rain forecast from 8pm, we agreed to reduce the match to 15 overs each and Carib, having won the toss, elected to bat.

Raj and Abhishek came on first for Dodgers, both bowling with economy and accuracy so that the Carib openers struggled to get into gear. Captain Ralph arrived with NJ as first change, each pocketing two wickets apiece before Chairman John joined them to bowl out the final overs. The grass was long and sticky, but Carib's total of 64 off their 15 overs looked dangerously light. Perhaps the most startling moment was when the lions in neighbouring London Zoo started roaring in the middle of the Carib innings, enough to put all but the most fearless batsmen off their stride.

Ralph turned to Jack and Damian to launch our chase, and they went about their task with aplomb. Damian, perhaps a touch too used to the bouncy artificial pitches of North America, momentarily forgot the importance of playing off the front foot in English conditions and was bowled off a full one. Jatinder joined Jack in the middle and the run rate accelerated nicely, until the former was dismissed LBW and the latter retired on an unbeaten 22. Luke and Raj came in to finish off proceedings and Dodgers had won at a canter. We left the field at 8pm and, on cue, the rain began to pour.

With apologies, your humble correspondent forgot to take any photos of the team, so here instead is a picture of some swifts circling overhead, a sight we enjoyed throughout the evening. 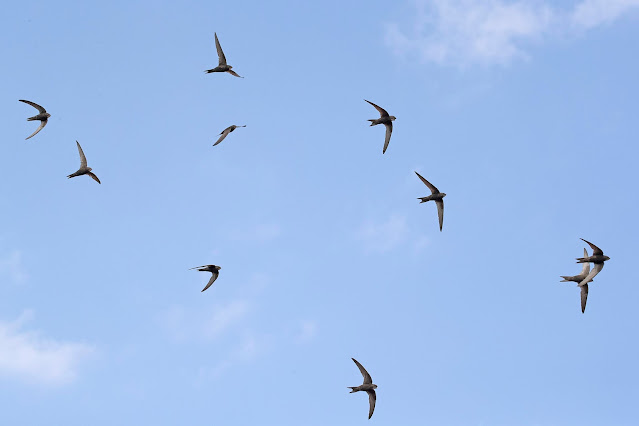