Dodgers pitched up against the Kensington Wanderers on a fine evening at Chiswick, keen to break the season's duck after two matches which we should perhaps have won.

NJ and Mike D opened the batting with aplomb, scoring freely to all corners of the ground. Both passed the 25* retirement mark in good time (Mike off just 10 balls) and were replaced by Jatinder, who was bowled by a snorter, and Jack, who was run out in brave fashion. David came in and continued the strong hitting, soon retiring with 25* off 24. Mike Mc and Christian then treated us to an exemplary performance of running between the wickets, so that the Dodgers total reached a commendable 152 for the loss of just 2 wickets.

Unlike last week's game, when we were also defending a total north of 150, the Dodgers bowling started economically, with Charlie (3-0-18-1) and John (4-0-14-2) restricting the Wanderers from making early inroads. Jack and Christian continued the charge with a wicket apiece before NJ tore into the lower order with exceptional figures (4-0-18-4). Captain Ralph rounded off an excellent team performance, after which we adjourned to the pavilion to toast our first win of the season and plan for next week's encounter with Superstars. 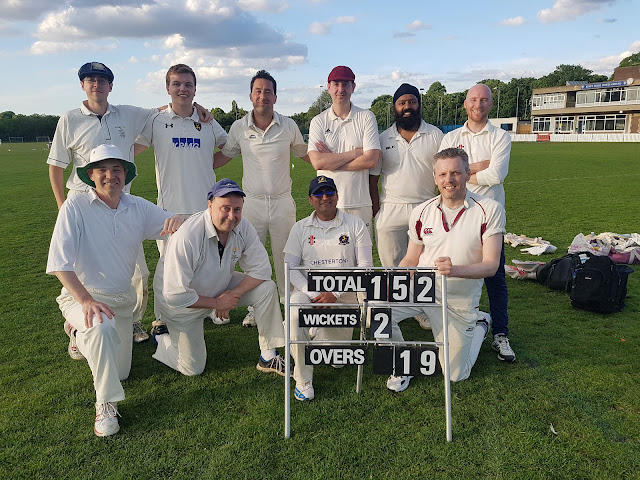 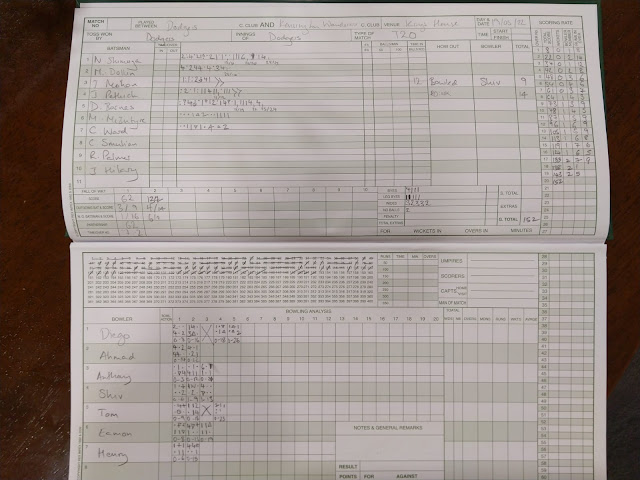 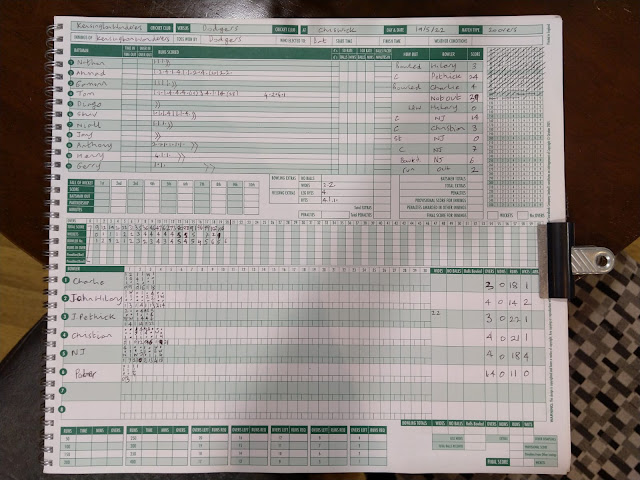