A nail-bitingly close game at Turney Road, which looked as if Tilberg had won it but was awarded to Dodgers on a recount at the end. Ralph played a true captain's innings, hitting the first ball of our 20 overs for six, retiring on 27* and coming in again at the close to strike the winning (originally losing) runs. All a bit confusing, but the game remains the winner. 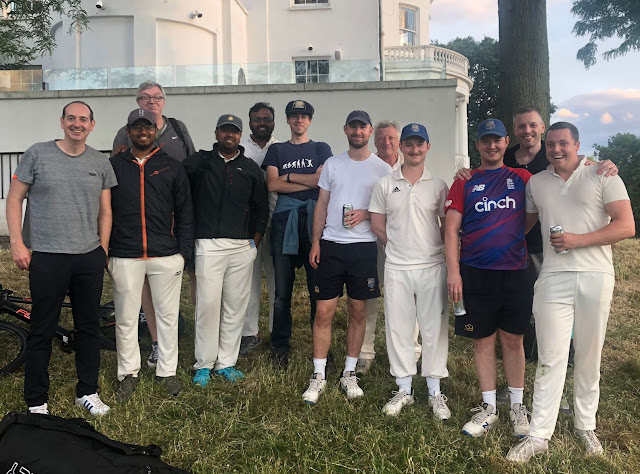