Posted by jhilary on August 31, 2019
The Ken Block Trophy was in the balance as Dodgers journeyed to South Wimbledon for the 2019 season decider against the auld enemie Superstars. We lost the toss and were invited to bowl first on a pitch which was a mix of green patches interspersed with sand dunes around the crease. With the sun shining and a large crowd on our side (in addition to Mrs Dollin, four of Chairman John's family plus dog Harry, and later on erstwhile Dodgers captain John Carr) we began our defence of the cup.

Milind spearheaded our attack with spirit and discipline from the start, and Superstars were quickly relieved of their first wicket when Paul was clean bowled by a snorter from Charlie - the first of his four excellent dismissals. The screw tightened further as John and NJ came on to vary the pace, the former proving economical throughout his seven-over spell while the latter picked up the crucial wicket of the ever dangerous Vijay, trapped LBW while swinging at a slow one. Captain Ralph bagged three fine wickets of his own, including a spectacular caught-and-bowled which would otherwise have taken his head off, plus a sharp stumping courtesy of Mike behind the sticks. Jatinder claimed a further scalp almost immediately, and tied down the Superstars batsmen at just the point when they should have been striking out. A total of 156 off 35 looked suspiciously on the light side, given the strength of our batting line-up. The Dodgers faithful dared to believe.

Komal and NJ opened our innings cautiously, with the Superstars pace attack of Alok and Konrad bowling tightly and the field giving nothing away. After 10 overs we had scored just 26, and the required run rate had crept up beyond 5 an over. Yet there was never any fear that two such accomplished batsmen would remain frustrated, and so it proved as both began to despatch the ball to all corners of the ground. NJ retired with 51* and in the process reached the admirable career total of 2,000 Dodgers runs. Komal soon joined him in the pavilion with 50* of his own, and the scene was set for Tom B and Jatinder to assume batting duties. The latter was unlucky to be trapped LBW by Vijay before he had a chance to get going, bringing Sacha to the crease for a rare Dodgers cameo that combined with Tom's elegance to take us across the line with 26 balls to spare. It was a measure of the margin of our victory that we did not need to call upon either Phil or Mike (with over 10,000 Dodgers career runs between them) or indeed the proven strike power of Milind, Charlie and Ralph to overhaul the Superstars total. Dodgers had won by 9 wickets, and the Ken Block Trophy remains in our cabinet for another year.

Man of the Match: While the batting of both NJ and Komal was outstanding (and has earned them a place in the Dodgers hall of fame) Charlie's figures of 7-1-29-4 won him the deserved kudos of Man of the Match.

Photos below courtesy of Tobias Allen, nephew of the Chairman (which explains why there are so many shots of him bowling) 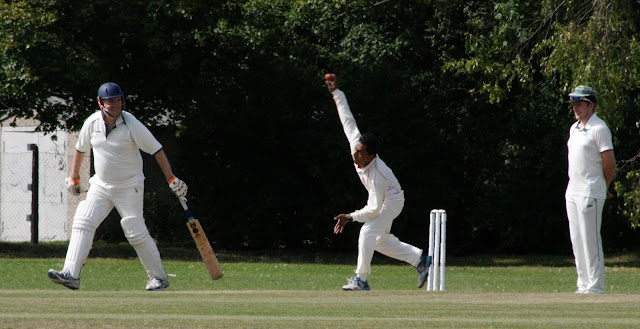 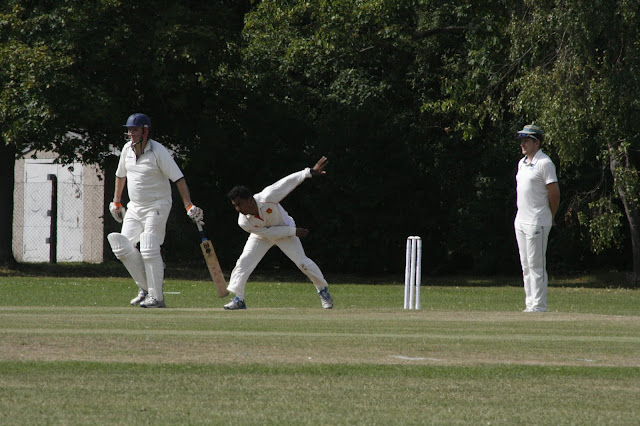 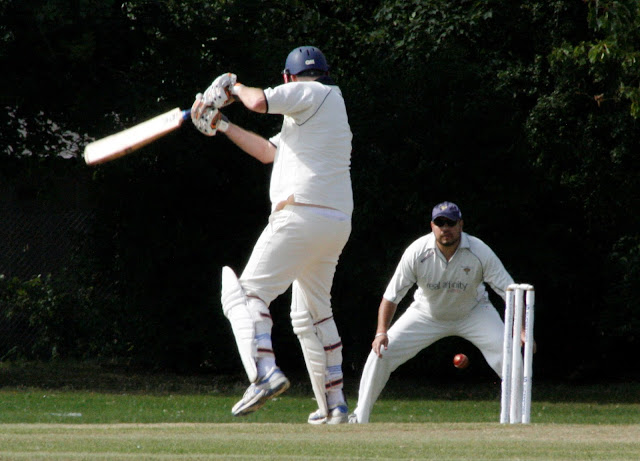 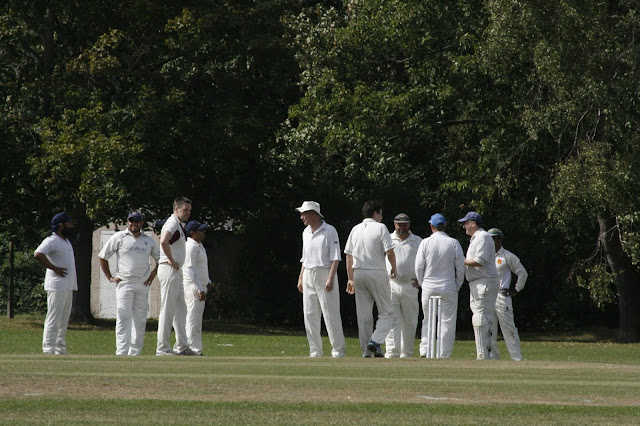 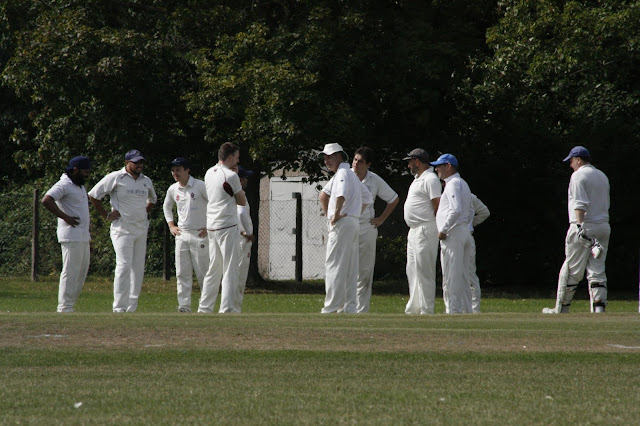 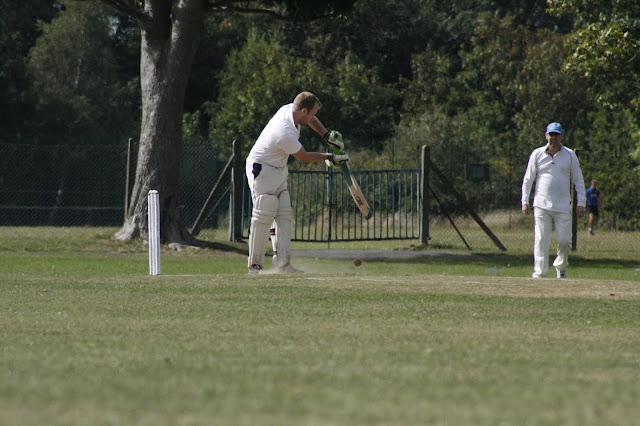 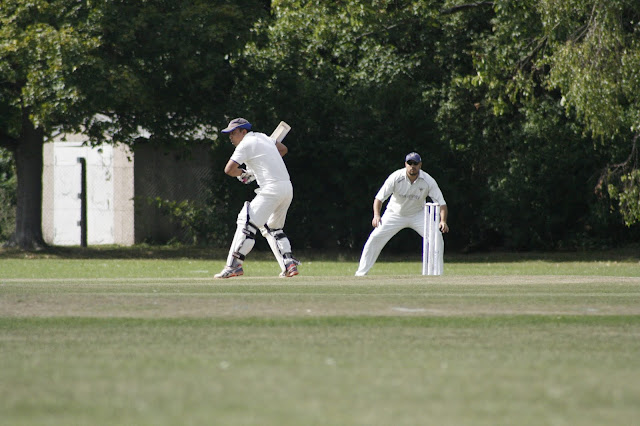 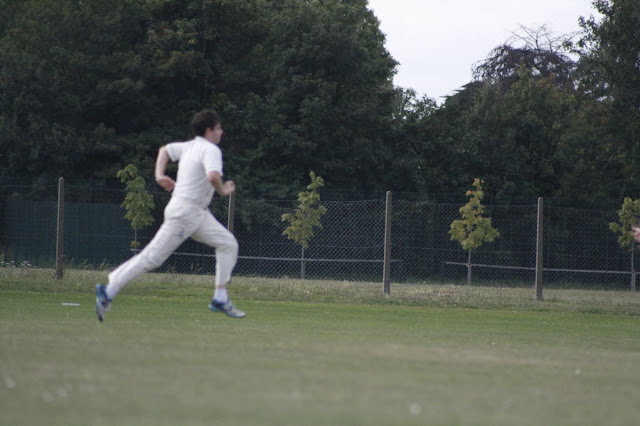 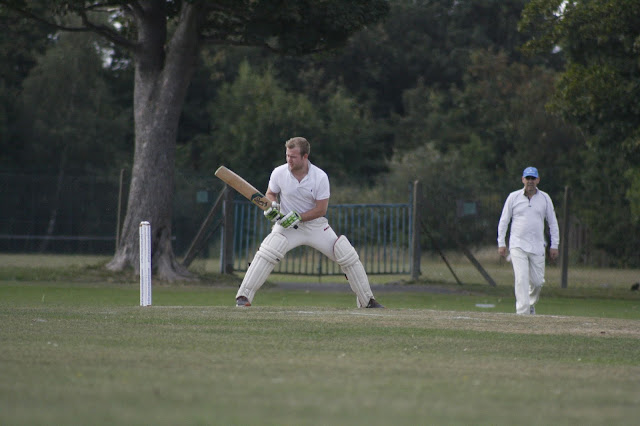 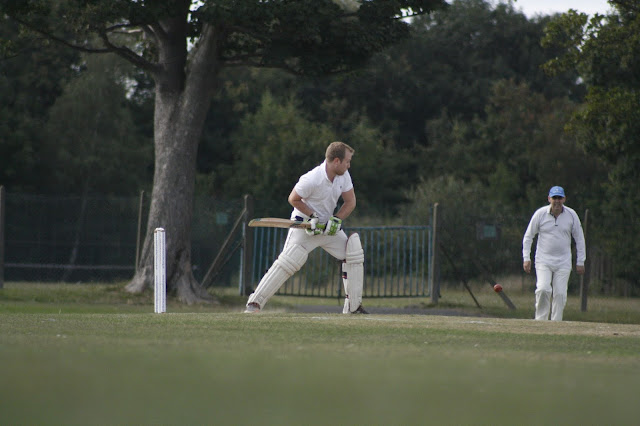 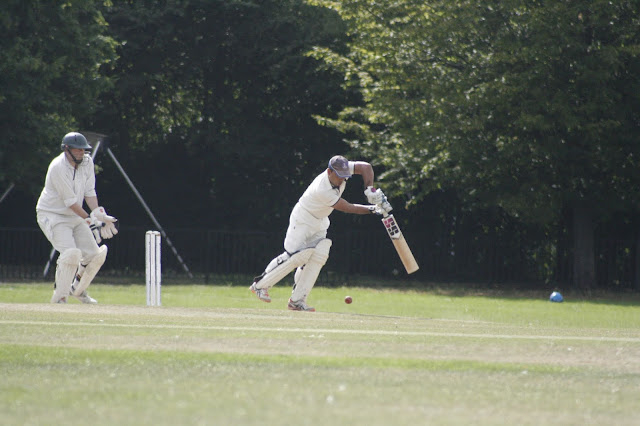 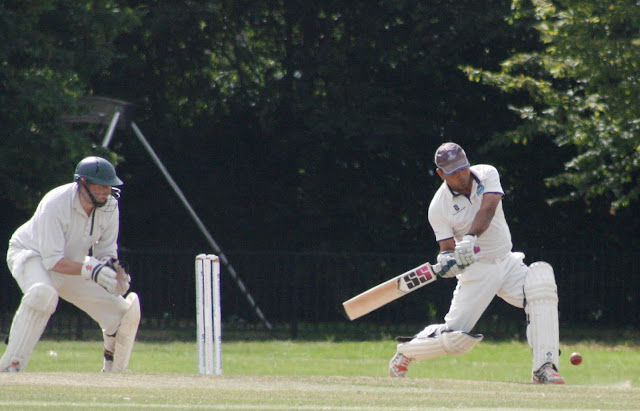 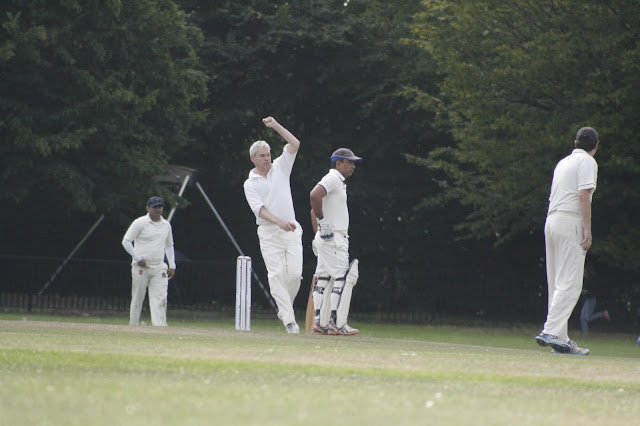 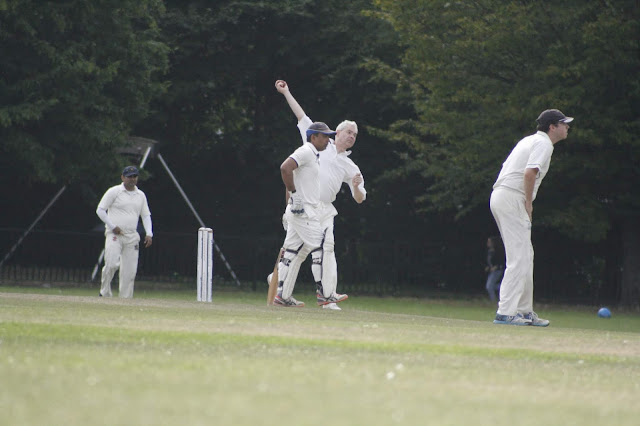 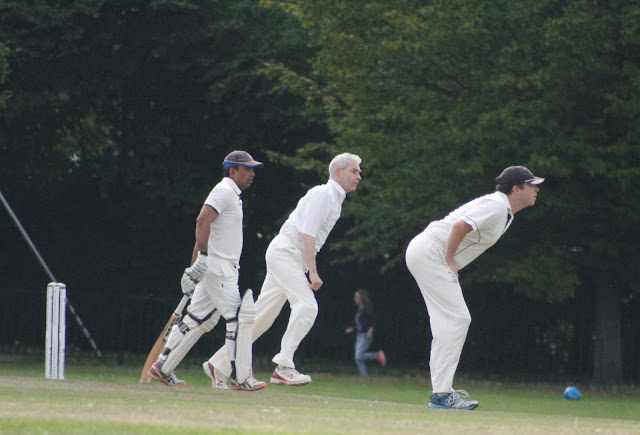 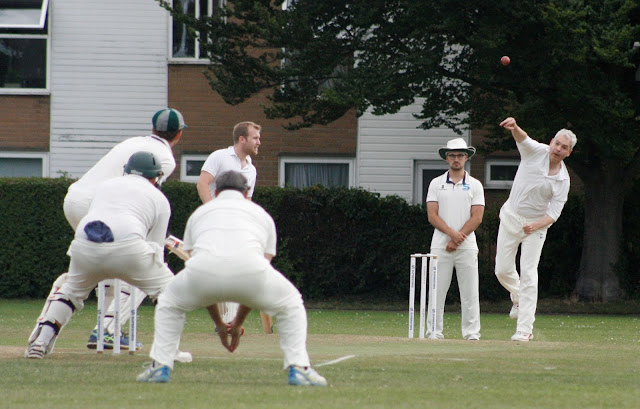 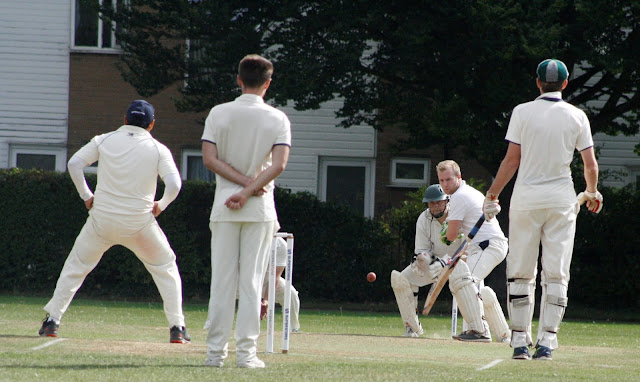 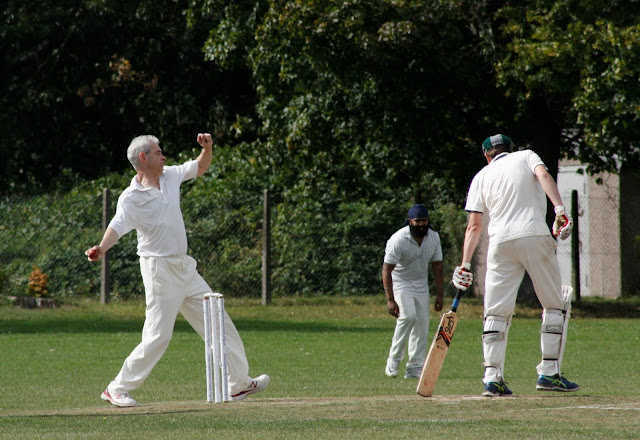 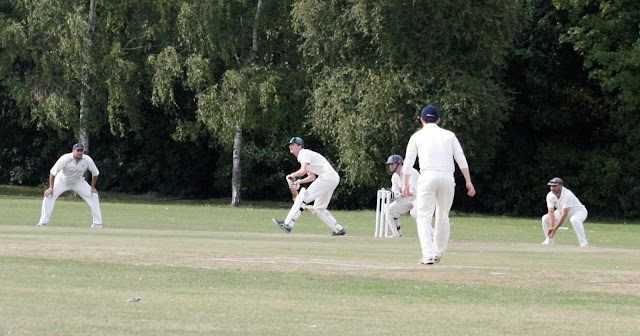 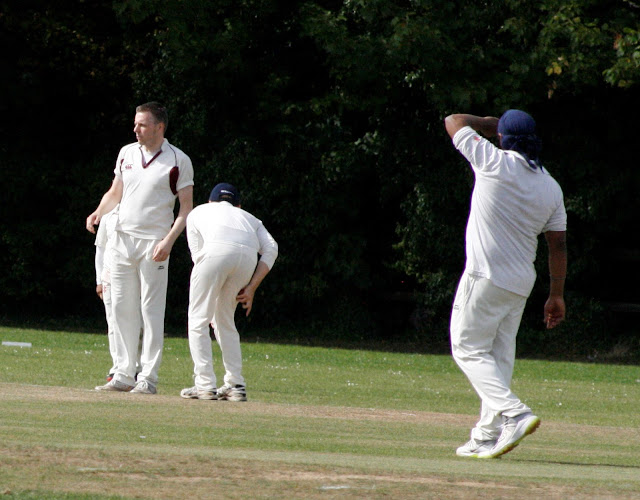 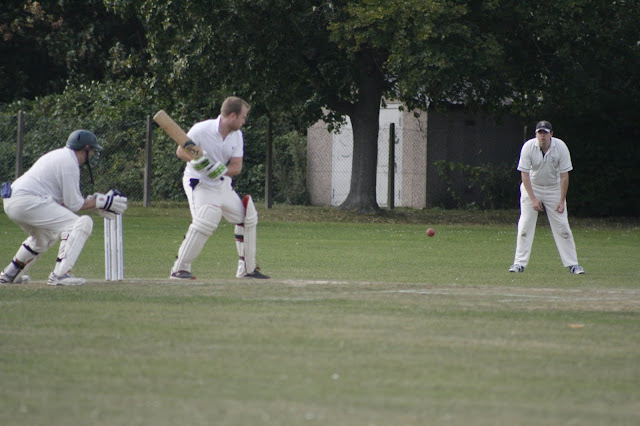 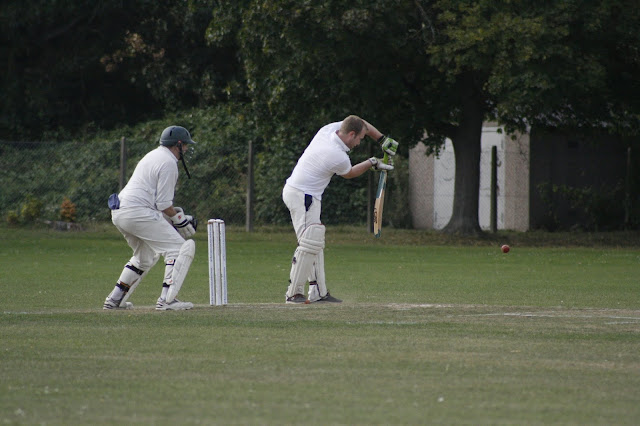 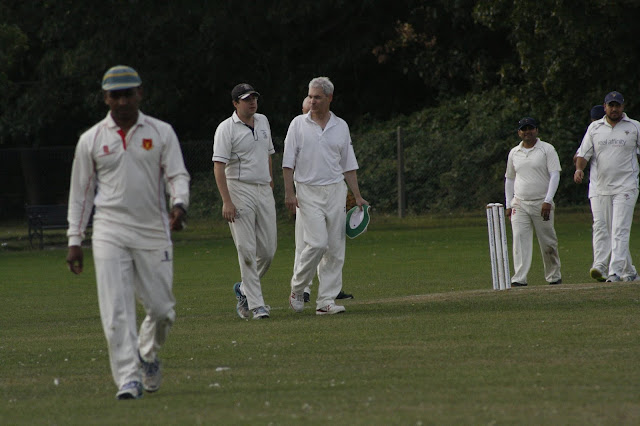 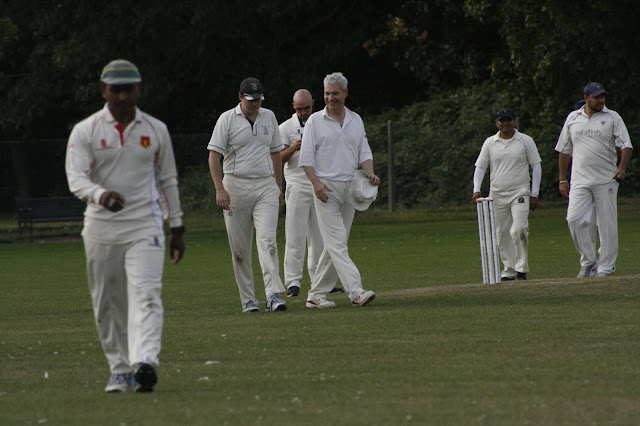 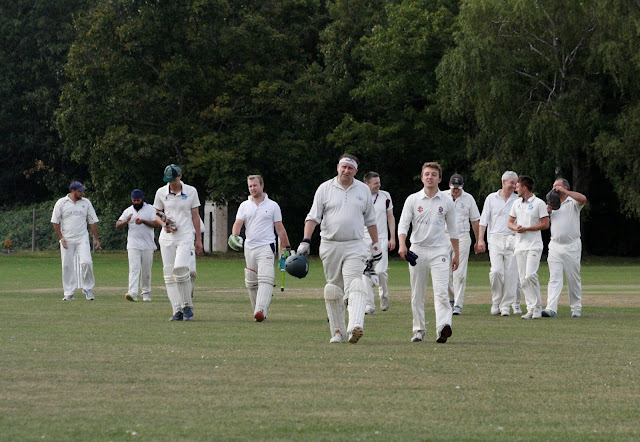 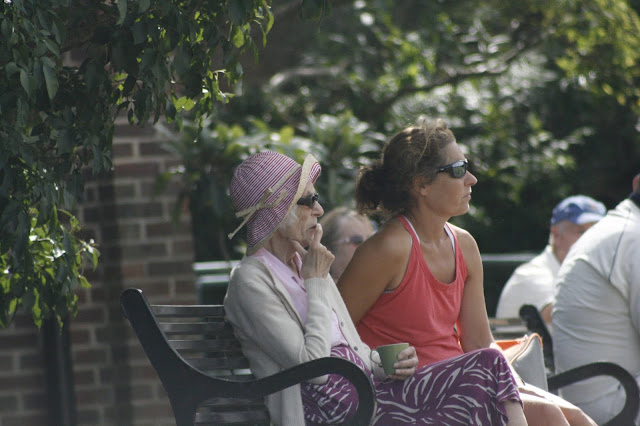 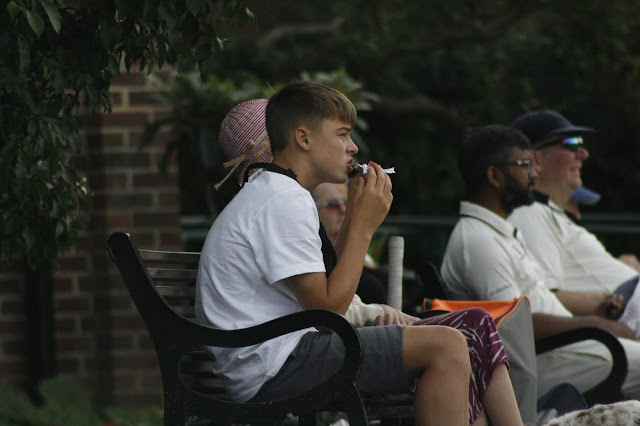